In view of fast changing conditions, the banking sector willhave to adapt drastically if it wants to get back on track. Fromembedded technology to cybersecurity: eight key insights to takeinto consideration for the reactivation of branch banking.

nstoppable and shifting trends have been entirely re-shaping the banking industry for ten years now. Apartfrom multiple high-profile banking scandals that badlytarnished the sector’s global reputation, the sector has

All these new conditions are creating a vital obligation for thissector to make major changes. Banks need to anticipate thesechallenges and readapt their approach if they want to achieve suc-cess and not be replaced in the next 15 years.

As a matter of fact, banking growth is clearly stalling, costs aredifficult to control and ROI remains desperately limited. Nationaland international regulations are putting the brakes on flexiblebusiness models and reducing profitability prospects. Technologyis swiftly evolving from an expensive and sophisticated challengeinto a facilitator of both customer experience and efficient opera-tions. In this unstable scenario, outside players are challenging thetraditional financial members’ club order, shaking the market withcustomer-centric innovations. New service providers are emergingon the crest of the sharing economy and the disintermediate newlogic of exchanges.

At the same time, customers are demanding higher levels of ser-vice and value, while trust in financial institutions is sinking to un-precedented low levels: according to all substantial, large-scalesurveys in Europe, the incoming active generation (22 to 35-years-old) is questioning the current efficiency of the banks (61%)and the usefulness of bank branches on our high streets (57%).Along with mobile phone brands, banks rank the lowest in termsof image, honesty, credibility and respect.

In this sensitive and changing context, how should the bankingactors evolve if they want to respond properly to their current andfuture customers and restore their damaged reputation? What arethe top macro insights that will help competitors to stay afloat inthe race and stand out from the pack in terms of performance, im-age and recruiting attractiveness? Let’s look at some ways inwhich retail banking and its branches can sucessfully meet thesechallenges.

Embedded technology in each branch will influence every-thing. It will be the brainand the engine that generates increased service and leads to reduced costs.

This cycle of innovation will continue and financial institutions will need to deal withthe fast-changing pace if they wish to maintain their performance, their image and thequality of their staff. Technology will have a positive effect on cost operation, service qual-ity and task efficiency capability. It will be a lethal weapon, both as a philosophy and atool.

Every branch will become autonomous, meaning thatbranch banking will undergo a drastic transformation.

As technology generates a growing number of onlineactivities, traditional branches will have to readapt theirbusiness model. Considering their high fixed costs, branch-es will need to become much more productive or less ex-pensive. Banks have already started to cut down on per-sonnel costs and shut down less viable locations. But thisdoes not necessarily mean the end of the branch concept:on the contrary.

The general trend will be focused on a deep reorgani-sation of the retail banking network with the establish-ment of new retail concepts. Branches will still exist butwill adopt different forms, from flagship ‘giant hubs’ tosmall ‘smart kiosks’. This will be the victory of the ‘phygi-tal era’, which can combine physical multi-retail with aqualified personal service, associated with multi-channelergonomic and digital offers to provide the customer withinstant satisfaction. Furthermore, new services will emergeto make life safer and easier in new activities (leisure,tourism, passport and administrative processes). Thebranch will take on the role of a direct intelligent businessservice unit.

The banking market situation won’t be determined by the size of a network, butrather by banking licenses or marketing budgets.

Every future banking process will be digital: a banking market power will no longerbe characterised by its physical presence, but rather by its technology, regulatory struc-tures and the framework of its marketing budget. In this context, regional and even small-erlocal banks could become strong national players. At the same time foreign majors withresources, but without a brick-and-mor-tar structure could be obliged to fight on a new,larger field. In this context, new players could expand rapidly and provoke a complete re-structuring of the banking landscape. The arrival of these new non-bank players with low-er operative costs and keen marketing strategies will increase competition.

Consequently, marketing and branding will be the key factors. Influence, differenceand cohesion will play a significant role in attracting and retaining current and future cus-tomers. Building up a good relationship with its customers will be more important forbanks than the number of square metres their branch covers.

Banks will orientate themselves on customers instead of products or channels.

The successful bankers of tomorrow will offer a personal customer experiencethrough their branches, integrating sales and service across all channels. They will beforced to see customers as an ‘all-in-one segment’, taking into account their uniqueness,and tailoring their offer to enable customers to see banks as ‘meeting their needs’ and not‘pushing products or services’.

A responsive and mutual data talk knowledge based on their customers’ culturaltastes and social ambitions will represent the new language and driving force for the bank,resulting in a new ‘analytical and responsive approach’ to respond to all personalexpectations.

This cultural understanding will serve the interests of the people and supersede theoutdated industrial product placement. Bank-ing through its new branches will becomemore personal for the sake of the customer, as an individual and not as a number.

The bank for the digital age: WeFinance Shop.

Banks will orientate themselves on customers instead of products or channels.

The successful bankers of tomorrow will offer a personal customer experiencethrough their branches, integrating sales and service across all channels. They will beforced to see customers as an ‘all-in-one segment’, taking into account their uniqueness,and tailoring their offer to enable customers to see banks as ‘meeting their needs’ and not‘pushing products or services’.

A responsive and mutual data talk knowledge based on their customers’ culturaltastes and social ambitions will represent the new language and driving force for the bank,resulting in a new ‘analytical and responsive approach’ to respond to all personalexpectations.

This cultural understanding will serve the interests of the people and supersede theoutdated industrial product placement. Bank-ing through its new branches will becomemore personal for the sake of the customer, as an individual and not as a number.

Social media will be the new ‘banking media’ and not a mere complementary toolalongside traditional channel as it is today.

By 2020, social media will be the number one medium through which banking andfinancial institutions communicate. They will connect, inform, listen and engage with con-sumers – everything from the mass ‘collective social opinion’ to personal expectations orcomments by each individual.

Information and opinions of all kinds will be deployed and amplified to the highestnumber of people. Mastering social media will be a key field of knowledge that will give adecisive edge over competitors with high quality – both in content messages (clear expla-nation, real benefit) and deployment strategy.

Social media will be decisive in tomorrow’s growth and brand survival. According toan IMF survey from 2016, social media will represent 48% of the global communicationbudget of the retail bank industry in 2030 in Western Europe! 72% of 20 to 25-year-oldsin France will choose their bank through social media (according to an Ipsos survey from2016). And the reputation of a local branch will be based first and foremost on social me-dia comments!

Women will become better represented in the world ofbanking and continue to visit bricks-and-mortar banks moreoften than their male counterparts.

Banks will operate a new customer experience in order to be more gender neutral andattractive to female customers.

In one international survey including Germany, France, the UK, Italy, Spain, the USand Brazil (2500 people interviewed in March 2016), 67% of women said they were“most dissatisfied” with the financial services industry. Criticism ranged from a lack of re-spect to receiving poor or contradictory advice and being treated in a condescending man-ner and, more generally, getting worse terms and deals than men. At the same time womencomprise 78% of retail banking branch staff. Women also tend to visit their bank branchmore often than men (69% vs. 31% of men).

Women will become better represented in the world of banking and continue to visitbricks-and-mortar banks more often than their male counterparts. Additionally, the num-ber of women working in the banking industry will have doubled by 2020. Many bankshave publicly made this an aim. A women-led environment would bring changes to boththe banking infrastructure and the way that customers are treated. Friendliness, empathy,understanding and trust will be the key words.

This will pose a new, unexpected challenge for the industry in the next ten years. Thebank branch will be woman-led – and more women in finance can only be a good thing.

They will also have to reach out to their customers through their banking activities.With three clear missions: closer, easier and faster. For instance, new fields of developmentcould be envisaged: finding emergency ways to advise customers dealing with temporaryfinancial hardships (an eight-minute live decision to consider a hardship case and make asubsequent decision). Other social involvement could offer special services to dramatic sit-uations (grants for domestic violence) or direct its offer to local high street entrepreneurs(business loans and financial training). The local branch could also take part in a socialcharity programme for more specific involvement in neighbourhood schemes and projects.

Banks cannot replace local authorities, but they must communicate their local effortsto the community and clearly show the benefits they can bring to their local customers.

Goodbye over-the-counter advice: At the WeFinance Shop, bank transactions are carried out at an interactiveconsultation table, via screens and tablets.

Successful retail bankers will invest massively in security concerning data and transac-tion safety and protection. Recent security breaches and media coverage about cyberat-tacks and fraud have generated fear and uncertainty, further damaging consumer trust andwidening the gap between bankers and citizens. There are now higher expectations on in-formation security and privacy among customers, employees, suppliers and regulators.

Even an immaterial transactional system in the branches has to be carefully thoughtout to avoid bank assaults. A proactive response is vital. Defence is the best policy to at-tract and assuage consumers low on trust. Trust will be the best ally of the sector.

The changes we have analysed and solutions we have put forward are less aboutimagining some crazy and virtual future, and more about implementing and integrating allthe things we already know today: the objective is to get ahead to withstand the fast paceof change and respond properly to markets and customers with anticipation and convic-tion. Financial institutions that fail to shift gears will put their chances of survival at risk.

“Moving fast and anticipating the needs of the people without reinventing a newworld”, as the 18th-century French economic theorist Henri de Saint-Simon once said,sums up the new retail banker’s credo perfectly. And, more than ever, it still holds truetoday!

READ THE INTERVIEW WITH RONALD FOCKEN 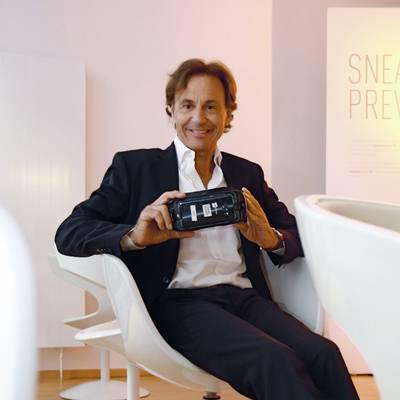 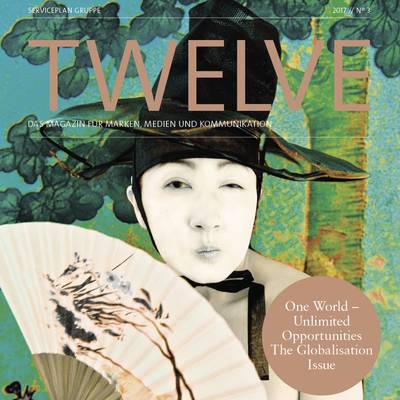