285 million people worldwide are blind or suffer from a severevisual impairment. For all of them, access to information andcommunication is limited. High time for a change, decided thefounders of DOT, a South Korean start-up. They produced an ac-tive Braille smartwatch, which is a low-cost education and com-munication tool for the blind. An interview with DOT founderand CEO Eric Ju Yoon Kim about a disruptive technologicalinnovation.

South Korean start-up Dot, founded by Eric Ju Yoon Kim andhis classmate from the University of Washington Titus Cheng, hasdeveloped and produced a low-cost education and communica-tion tool for the blind – the first ever active Braille smartwatch.The device is based on haptic technology that provides feedbackor information in real time through touch. Its mechanical displayis able to depict Braille by a series of dull pins on the face that riseand fall at customisable speeds, spelling out words as the userplaces a finger on top. By linking to any Bluetooth device, the Dotsmartwatch can pull text from applications like iMessage, Twitteror even e-books using voice commands. The Dot Watch is com-patible with Android and iOS-devices and will retail for less than300 US dollars, which is a lot more realistic than the prices ofconventional active Braille technology that can exceed the 3000-dollar mark.

DOT is a fascinating product; in fact, anyone who hears about it or sees the productonline is instantly curious and wants to try it. How did you come up with the idea ofproducing a smartwatch for the blind and visually impaired?

ERIC JU YOON KIM: To cut a long story short, it was when I was living in Seattle as acollege student, where I got to know a few blind people whom I later becamefriends with. These blind people were students as well, taking classes and readingfrom Braille books. That was the first time I saw how a blind person reads. Lookingat them go about their daily learning activities raised the question: why do theseBraille books have to be so big? Isn’t there a smaller, simpler solution?

As we got to know each other better, I was shown the Braille bible, which com-prised 22 Braille books. Which got me further thinking: isn’t there any electronicdevice that they can use instead of those bulky, heavy books? As it turns out, theydid exist but they were surprisingly expensive, in the price range of 3000 to 15,000dollars. Being an entrepreneur and having already launched three start-ups, it is inmy nature to search out problems in order to solve them. I recognised the limita-tions of bulky Braille books and expensive Braille readers as major hurdles in thepath of learning for blind people. That’s when I started to think of a solution to thisproblem.

Did being in close exchange with blind and visually impaired people change your wayof thinking?

ERIC: Yes, it most definitely did. Firstly, I hardly knew anything about the dailylives of blind and visually impaired people. And quite honestly I didn’t really havean active interest, but that was until I became aware of all the problems and thehardships that blind people face, and especially the problems that blind studentsface on a daily basis. Also, most importantly I realised that we are all the same,despite what many people think. There really is no difference – we think thesame, we feel the same, we have the same wishes, needs and desires. About 80%of blind people lose their sight when they are around 30 to 40 years old. So theyhave seen like us and done things like us but due to some unfortunate accident orhealth condition they lose their sight. So that’s the first thing I learnt, and withthis learning also came the realisation that they obviously want solutions that canhelp improve their lives.

The second thing I learnt was that blind andvisually impaired people care about howthey look. As I mentioned before, they arejust like us. So when making something forthe blind, design and aesthetics are very im-portant factors. Normally people makestrange illogical assumptions and think ‘theycan’t see, therefore they won’t care abouthow they look’, but that’s not the case.

At this point in time, blind and visually im-paired people are taking problems as theycome and simply living with them: sadlythey have no other choice. We want tochange that and create solutions that havean impact on their lives, and change it forthe better, worldwide.

Looking back, would you do anything differently?

What was the biggest challenge you faced when working on DOT?

ERIC: The biggest challenge we faced was to get people to care about these prob-lems. To make them realise that the problem might not be as small as it seems fromthe outset, but in fact quite a sizeable problem, albeit unseen. Since the number ofblind people compared to normally sighted people in the world is small, they go un-noticed. So getting people to understand this and making them believe that we canreally impact their lives for the good of us all, was the biggest challenge.

How was the blind and visually impaired target group different from others?

ERIC: Blind people are limited in the media they use to take in information. Whatwe noticed is that the most reliable and effective way the blind community receivesinformation is through word of mouth. They tend to hear other blind people’sopinions, and the opinions of people who are close to them like friends and family.Word of mouth is nothing but viral marketing, so the viral quality in our communi-cation would have to be an extremely important aspect.

Did you ever think about inclusion as a topic itself?

ERIC: Inclusion is the cornerstone of what we do. The devices that blind people areusing right now, except smartphones, are designed in a very functional way, notkeeping the aesthetic value in mind. And because of this the devices look ugly, out-dated and not very innovative. What we really want to do with DOT is to createbeautiful, modern, well-crafted products that people even outside the blind commu-nity would love and consider to be beautiful. We want blind people to be compli-mented when they wear our products, so they feel a sense of pride. And throughthis we want to include them in the wider community.

DOT and the Active Braille technology behind it is innovative. Why do you think thecompetition hasn’t created any other solution yet?

ERIC: Before starting on DOT I did extensive market research, especially in the mar-ket for products for blind people. The companies that make products for blind peo-ple are governmental institutions and therefore don’t really have the drive to createsomething really innovative, or even decrease the price of their current products.Their focus is more about where the budget lies and how they can make the mostof the money they have. And that is also the reason why most privately-ownedcompanies are not active here, because it’s mostly dominated by governmental un-dertakings. It is a vicious circle right now, and given the pace at which the world ismoving, the discrimination that blind people will experience is likely to increasedrastically.

How hard is it to promote a product like DOTthat has to be felt and experienced first-hand?

ERIC: It’s both difficult and easy. The people whorun start-ups, invent products or are in the cre-ative field get it and really appreciate it, that’sthe easy part. But to explain an innovative, first-of-its kind product to the blind is quite hard.One needs to be really careful while explainingthe product and detailing the specs, explaininghow the device really works and what it can do,what kind of content is available. There aresome articles out there that give a very vague de-scription of the watch and that then creates a lotof negative opinions. DOT can do a lot of thingsincluding tell the time, text messaging, naviga-tion, etc. and communicating all these features isextremely important. My job right now is totravel to different places and give the press andother people a clear explanation of the product.

285 million new potential consumers are a lot for a start-up brand. Where do you seethe potential and how can it be covered? And what do brands have to bear in mind?

ERIC: Yes, I think that’s a really big figure too. Our world is changing at an extreme-ly fast pace. There are so many things happening right now: artificial intelligence,machine learning, intelligent systems, etc. but for these 285 million people life is notthat innovative and we want to change that. So we want to be the brand that deliv-ers the latest innovations to the 285 million and closes the innovation gap betweensighted and visually impaired people. And it’s new because we aim to uplift an en-tire section of society that has been neglected this whole time. This is different fromApple, for example. We operate in a completely new paradigm and I hope we canbring innovations to people with other disabilities, and in turn improve their livesforever

What do you think about sports brands like adidas or Nike: should these brands also bethinking about the blind and visually impaired? Do you think they could collaboratewith DOT?

ERIC: Yes, of course they could collaborate with us, we would be happy to workwith them. I hope that with these collaborations we can become a door throughwhich interesting projects like this can be made to help improve the lives of notonly the blind, but people who are differently abled too.

How did the DOT business plan evolve from being just a Braille smartwatch to asmartwatch with various other applications? Was it planned or did it just happen asthe project progressed? What were the key elements that shaped your thinking?

ERIC: It was definitely a step-by-step process. We just knew that we wanted to makea smartwatch for the blind. It was initially planned as an entry device, just to havea starting point. Through DOT we wanted to spread the literacy of reading Brailleto blind people who’ve never experienced it. A huge percentage of people go blindat a much later stage in life, and the expensive and bulky devices make it reallyhard to learn Braille. We wanted to make a device that is much cheaper and easilyaccessible to almost anybody, anywhere. For example, we got to know that a lot ofstudents cannot study maths properly because of the limitation in the Braille line,but with our technology we can use a multi-layered format in a DOT pad. Thatway they will be able to study maths and science and experience visuals etc. We arealso trying to extend our reach to public infrastructure so the lives of the blind peo-ple can be improved immensely when they are outdoors. We are taking it step bystep and hopefully one day we’ll be able to include blind people more easily andreadily in our world.

What is your vision for the future?

ERIC: Well, the vision is very simple: we want to create innovative productsand solu-tions for the 285 million blind and visually impaired people in the world. ‘To inno-vate’ is easy to say, but very hard to do. There are many aspects we want to inno-vate in their lives: from a device that they can incorporate in their private lives tosolutions for blind people in public infrastructures. We want to make a change sothat ten years from now, blind people will be able to access information and publicfacilities in the same way that sighted people can. 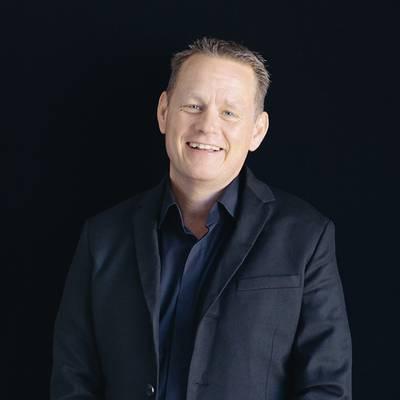 Forget big data – the next big thing is small data 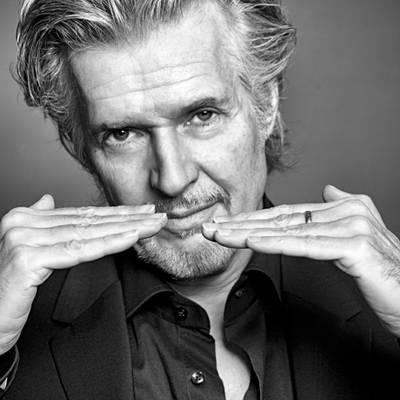