India is a nation of incredible diversity, growing markets and aset of special rules for foreign companies who want to make itthere. Jaya Prasad gives us an introduction to successful businessin her fascinating home country – and talks about German brandsthat have taken the Indian market by storm.

These are just two of the many different sides to our country. ButIndia is one nation, with so much diversity, uniqueness and plentyof tastes, colours, landscapes and cultures all waiting to be discov-ered. We are one big family speaking 22 different languages withinnumerable religious beliefs and faiths. As a nation we offer infi-nite opportunities to companies all over the world. So let’s begindecoding the country’s 3.287 million square kilometres, a hugearea that makes it one-third of the size of the United States!

WE ARE ALWAYS IN A GREAT HURRY!

Yes! We Indians are always in “jaldi” – a major rush to achieve many things in justone life. Even our dreams are vibrant, colourful and animated. Today, the world is con-stantly talking about ‘Make in India’ stories or ‘start-up India’ or ‘digital India’. And weare also taking centre stage as one of the most coveted marketplaces for many majorbrands, offering them immense potential to increase their marked profitability. But whilethat is the overall picture, the real story hidden underneath is the true Indian spirit of mak-ing things happen! The spirit of an Indian is never to give up, but to discover, achieve andcreate. India is now and India is happening. The more you discover, the more you realisehow little you know. Yes, many untold stories in India are still waiting to be told to therest of the world.

WE DREAM BIG! OUR DREAMS ARE 1.2 BILLION PEOPLE STRONG!

We are 1.2 billion people all chasing different dreams, brimming over with the innerdetermination to achieve anything under the sun. We speak more than 22 languages so anyinternational company who is looking to get their foot in the door here will soon feel athome. During our 10,000-year old civilisation we have conquered the hearts of everyoneworldwide. So when it comes to brands who have made India their base, we have quicklymade them a part of our daily lives, not just by giving them space to be visible but reallyembracing them to the point that we can no longer imagine life without them.

For example, Mercedes has been on the Indian market for the past 32 years and aMercedes car is recognised as a mark of success for Indians who have made it big in life.However, the brand has faced stiff competition on the Indian market but adapted itselfquickly to the changing requirements of young Indian people. They quickly adopted a bet-ter pricing strategy with key car models like GLA for the younger segment of successfulpeople and regained their number one position on the market. The key lies in quick adap-tation in order to tap into a young mindset – bearing in mind that 60% of the populationis below the age of 30 years and upwardly mobile. And other automobile giants like theBMW Group, who have been making cars here since 2007, have also contributed to sup-porting the ‘Make in India’ initiative. This has added to its success in creating stronger tieson the market, such as for example increasing the level of localisation at their plant inChennai by around 50%. Localisation is therefore key for any international brand.

CHANGING TRENDS IN THE AUTOMOBILE SEGMENT

In the luxury segment there has been a huge potential with brands like Lexus, BMWand Audi all posing stiff competition for Mercedes. However, until 2014 the automobileindustry was trying to brave a declining turnover. And then with the subsequent surge insales, automobile manufacturers started planning their next moves. Most of the major au-tomobile giants have re-visited their strategies and worked towards the following:

Acceleration in luxury – Rising disposable incomes and the entry of luxury brands likeAudi, Lexus and BMW has not just shifted the attention of the metropolitan consumers,but even consumers in tier 1 and tier 2 cities have started driving demand.

Re-segmenting – In a trend that is clearly fuelled by the evolution of automobile con-sumers, we are now seeing new buyers directly entering the higher segments. The old pur-chase hierarchy of hatchback sedans and luxury sedans/SUVs seems to have evolved nowwith the emergence of categories like compact SUVs, compact sedans and premiumhatchbacks.

Women on the road – The gender gap on India’s roads is rapidly closing, with women inIndia now taking to the steering wheel in larger numbers. This shift can be attributed tothe growing levels of female education and increased career opportunities in the country.

ROPO (Research Online and Purchase Offline) – Most Indians today research informationon products and cross-check online reviews before making their purchase decision. Ac-cording to a Nielsen survey, 48% of consumers search for information online before visit-ing or consulting any offline medium.

GERMAN BRANDS ON THE INDIAN MARKET

German and Indian ties date back around 60years. Today there are more than 1600 German com-panies in India. The latest Indo-German Chamber ofCommerce (IGCC) figures show that 30 very largeGerman companies employ about 200,000 peopleand 1,650,000 through supply chain or franchise.This potential is growing every day, with Germanybeing India’s biggest trading partner in Europe. Themain sectors of investment include automobiles, me-chanical and engineering industries, services, chemi-cals and trading. Most of the companies have an an-nual turnover of approximately 16 billion euros.

Localising is the key – The ‘Make in India’ initiative started by the government has attract-ed massive attention from many German companies who have established manufacturingfacilities here with the help of local expertise. For example, BMW has partnered withcompanies including Force Motors, ZF Hero Chassis, Draexlmaier India, Tenneco Auto-motive India and Valeo India for the local production of its cars in Chennai.

Communication for residents of metropolitan areas can be different to those living inmore rural areas – What works for large cities may not work for smaller towns. Talking inthe language of the people works better because communication changes for rural ar-eas.India and Valeo India for the local production of its cars in Chennai.

Be present online, digital is taking off fast – Being digitally present is a must today as peo-ple search for companies and brands online before making any purchasing decisions. So-cial media communication is also attracting attention. In the past five years there has beenan explosive growth in the usage of smartphones: today there are more mobile-based in-ternet users than PC-based ones.

Show social responsibility by committing to a cause – ‘Skill India’ is a dream campaign bythe Indian government with the aim of training over 400 million people in India in differ-ent skills by 2022. A lot of German companies are directly or indirectly contributing tomaking this project a huge success. For example, in November 2015 the German softwarecompany SAP opened 25 National Digital Literacy Mission (NDLM) centres in 12 citiesacross India in partnership with the IT industry’s trade body Nasscom Foundation. SAPIndia is also planning to bring its existing 15 training centres under the NDLM umbrella.Over 7000 people have already been trained at these 15 centres.

MOST FAMOUS AND SUCCESSFUL GERMAN

India is one place where you have to make the fast track ofgrowth your own. So it’s not enough to start a business, you have toreally treat this place like your home. A lot depends on your attitudeto building for the long term and once you start really settling intothe way of life here, the growth can be phenomenal. A lot of Germancompanies have witnessed growth in India and turned it into success.

Bosch and Siemens are using India as their hub for frugal engi-neering and SMART products and SAP Labs India is the company’sthird-largest in the world! The Mercedes-Benz R&D centre in Ben-galuru is also the biggest outside Germany. Hettich India, a globalmanufacturer of furniture fittings, generates a turnover of 1.2 billiondollars and will be investing five billion dollars in India in the nextfive years. It has developed special wire baskets, Cargotech, to suitIndian kitchens. These products are customised to the Indian envi-ronment and lifestyle.

MOST WELL-KNOWN GERMAN BRANDS IN INDIA

German brands are very respected in India and have a high growth potential. Themost important brands with the highest awareness levels in India include sportswear giantadidas (79%), consumer goods brand Nivea (73%) and insurer Bajaj Allianz (68%), fol-lowed by the automotive brands BMW (65%) and Mercedes-Benz (60%). Despite the tra-ditional dominance of the German automotive industry, BMW and Mercedes-Benz wereoutperformed by German consumer brands with an even stronger brand history in India.In the eyes of Indian consumers, adidas is one of the most popular German brands, with57% of consumers claiming they like it. In the popularity stakes, adidas is closely followedby Puma and Nivea (both 52%).

German bathroom and sanitary brand Grohe has shown significant success on the In-dian market since entering it in 2007. Today it has 1000 stores across the country, locatedin tier 1 and 2 cities and today the brand enjoys 49% in this market share.

Another German company, Dr. Oetker India, which took over Fun Foods in 2008,aims to grow its turnover to five billion dollars by 2020 by expanding the reach of itsproducts, which include mayonnaise, Italian sauces, sandwich spreads and salad dressing.The company has adopted an umbrella brand strategy wherein Dr. Oetker is the parentbrand, while Fun Foods remains the sub-brand.

In India, consumers tend to look at German brands as having a high quality offer. Forexample, luxury automobile manufacturers such as Volkswagen, Daimler and BMW aregaining popularity in India. The technological finesse and brand values of German carmanufacturers are helping them garner a prominent market share in India’s luxury carmarket. Likewise, companies such as Audi are well established in the Indian market on thestrength of their quality consciousness and efforts to introduce products specifically suitedto the Indian customer. Going forward, the India advantage will continue to attract Ger-man players considering entry into emerging markets.

MAKEININDIA / THE NEXT MANUFACTURING DESTINATION 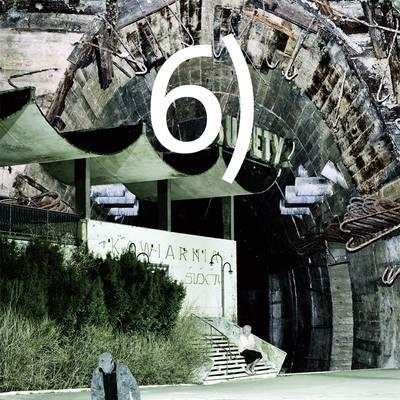