Businesses are slowly drifting away from the consumer. In-stead of being in touch with real people, executives are relying onbig data. But Martin Lindstrom is convinced that they are barkingup the wrong tree. One of the world’s foremost branding expertsexplains why big data isn’t the ideal way to really understandconsumers – and how small data can completely transform theway businesses are built and run.

n 2013, after analysing billions of bytes of data, Google thought they’d discov-ered a relationship between how people searched for flu-related topics and peo-ple’s actual flu symptoms. The discovery sent shockwaves through the US health-care sector, which had been struggling with the balance between supply and de-

mand. Once an outbreak occurred, doctors were often left without enough pharmaceuti-cal products on the shelves. Suddenly, thanks to big data, Google promised them a flu-outbreak prediction four days in advance.

But this story took a surprising turn. The truth is, as the flu epidemic spread, fearspread too. People became curious to learn more. The conclusion of the Centers for Dis-ease Control and Prevention, based on data from millions of doctors? Google’s predic-tion was a two-fold overestimate.

Google had focused on correlating data, but they neglected the whole causation as-pect. We have tonnes of data, but little information. Remember Hans Christian Ander-sen’s iconic fairytale, The Emperor’s New Clothes? Afraid of appearing incompetent orintolerably stupid, everyone said they believed that the Emperor, though actually naked,is wearing the most exquisite clothes. So what people say isn’t always what they mean.

Recently I had a meeting with the CEO of one of the world’s biggest consumergoods companies. He shared with me some of the key headlines from a huge consumerresearch study involving 17,000 consumer surveys.

Independently of the study, that afternoon we had planned to visit two randomconsumers. Our two ethnographic interviews were hardly representative, compared withhis 17,000 surveys. But the next day, at the company’s quarterly board meeting, theCEO described what he’d learned from our two interviewees, and what the companyshould do to address a growing trend we’d observed. He spent zero time referring to the17,000-consumer study.

Having worked for some of the largest brands in theworld, using big data and neuroscience to obtain insightsabout consumers, I’ve come to realise that, as valuable asbig data is, small (tiny, unusual, and sometimes seeminglyirrelevant) data, if interpreted the right way, can provideinsights that can revolutionise an entire company.

Fifteen years ago, Lego experienced its biggest crisisever. Screen-based entertainment was capturing an in-creasingly bigger share of kids’ time. Big data heraldedthe arrival of the instant gratification generation – young-sters with a zero-attention span. This was a huge chal-lenge, since children needed many hours to build a Legocastle or spaceship. Would they have the patience to useLego’s tiny bricks? So, Lego introduced larger buildingblocks, enabling kids to build the same castle in minutesrather than hours. To everyone’s surprise, Lego’s toy saleskept plummeting. What had gone wrong?

The answer could be found in the bedroom of an 11-year-old German child. Weasked the kid to point out what he was most proud of. To everyone’s surprise, he pickeda worn-out pair of sneakers. He explained that the sneakers’ wear-and-tear proved hewas the best skateboarder in town. In learning all the cool tricks, the shoes had becomereal-life evidence of his skateboarding talent.

Based on this brief visit, Lego drew two conclusions that defined the future of theentire company. First, toys should fuel kids’ aim to be masters of their universe; and, sec-ond, this passion for mastery means that time (and the size of the Lego brick) is irrele-vant. Spending hundreds of hours perfecting a skateboard slide is the same as allocatinghundreds of hours to building a castle. Lego’s big-data conclusions had steered them inthe wrong direction, but small data gave Lego an insight no other toy company wasaware of.

If you open a box of Lego today, you’ll see that the bricks are tiny again. You’ll alsonotice how mastery and acquiring skills is the theme of every box. Today, Lego is theworld’s largest toy company.

The most ground-breaking observations I’ve made are rarely attributed to big data.Rather, it is miniscule consumer insights, gained in the homes of consumers, that time af-ter time shape truly innovative brands.

In all honesty, I’m no longer a brand guy. I consider myself a ‘forensic investigatorof emotional DNA’. I search for small-data clues that the competition rarely notices –not just because the clues are so subtle, but because the competition is too busy gobblingup data, desperately searching for correlation, and usually overlooking causation.

MARTIN LINDSTROM IN A CONVERSATION WITH SABINE SIMON

Mr Lindstrom, what is small data?

It could be said that small data explains the ‘why’ behind what big data reveals?

Can you explain how small data can deliver more valuable insights than big data?

ML: You need to have a hypothesis before beginning the search and, most impor-tantly, before drawing conclusions. Once you have a solid hypothesis you’ll be ableto verify how accurate this is by the usage of small data. Small and big data are likepartners in a dance.

How can small data provide the insights needed to craft a powerful brand?

ML: Because it comes close to the reality. When observing consumers in their reallives – whether in their homes, cooking, partying or shopping – it is possible to de-tect human nuances. A smell, a sound, a ritual or minor insights that may not seemimportant but which, when verified, can indicate a major trend.

You say that brands still rely on a segmentation process based on demographics andnot on customer needs. What should brands be doing differently?

ML: They should begin by understanding the emotions that drive consumers, whichdesires drive us. We’re all out of balance. It might be that I feel too overweight orfeel alone. We all have hundreds of unbalanced emotions: it’s the space between be-ing in and out of balance that indicates a new need, a new desire or simply a newbrand or product solution.

We have tonnes of data but no information. Is small data the foundation for break-through ideas or transformative ways of turning around brands?

ML: Absolutely, we estimate that around 65% of all major brand innovations aredeveloped from small data research.

One of your theses is: the more senses you harness, the stronger the brand you’re likelyto build in the consumer’s mind. So is it all about emotion?

ML: Without a doubt. Based on our neuroscience research, we estimate that around85% of everything we do is irrational and only 15% rational.

In the same way that a detective collects clues in order to solve a case, you say you arean observer of society and that it is influenced by digitisation. How do you use yourobservations from all around the world to advise different companies and brands? Andcan you give us a couple of examples?

ML: I typically identify needs, rarely discussed or even detected, by spending time inconsumers’ homes. That, in return, forms the foundation for imbalances and de-sires which few companies have detected before. The issue is that big data can beused by everyone. And the conclusions often tend to be used by everyone. Smalldata allows for that little nugget of insight which few were ever aware of.

Would you say monitoring and interpretation are more important for business leadersto understand their customers than accumulating big data?

ML: Without a doubt. To build the instinct, which in principal is an accumulationof experiences made over many years. That insight should be based on working, in-teracting and observing consumers – the better we are at walking in the shoes ofthe consumer, the better marketers we will be. 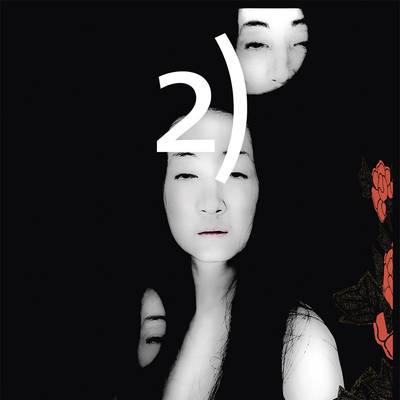 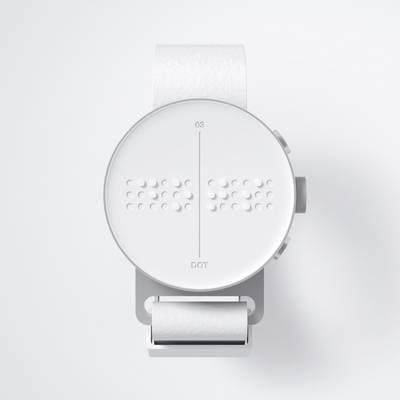